Scientific Seminar on Afghanistan Peace Dialogues, Hope and Hope on Thursday, 04/4/13, with passionate bachelor and master students and professors of Khatam al-Nabein University by the Faculty of Political Science in cooperation with Khatam Al-Nubin University Vice-Chancellor for Research & nbsp; Was held. The seminar began with the recitation of the Word of Revelation and then the national anthem of our beloved homeland.
The first speaker at this scientific seminar was Dr. Abdul Qayoum Sajjadi, our nation’s thinker and a well-known painter in the National Assembly who analyzed the issue of Afghan peace talks wisely. He emphasized that reducing Afghan war and peace to the level of internal conflict is a type of language game that seeks to hide foreign and international elements and elements in the continuation of the Afghan war. The role of regional and international elements cannot be ignored in the analysis of Afghanistan’s war and peace.
Dr. Sajjadi analyzed the issue of fear and hope in the Afghan peace talks in a mixed manner. Concerning hopes, he said: 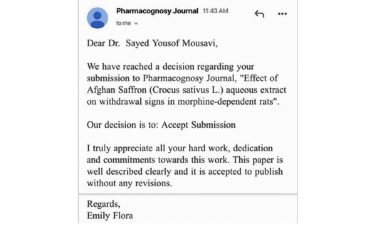